In the Aquatic Animal Health Lab, we focus on the health of our marine ecosystems, specifically the interface between humans, aquatic organisms, and the environment. Global ocean change is central to our research interests, including alterations scaling from gene to organism to population to ecosystem. We are only beginning to understand the effects of disease in the ocean and how ocean change will affect host-microbe interactions, which are critical components for informing conservation and management efforts. We are motivated by questions regarding how ocean change impacts organism health and drives host-microbe interactions, focusing on host immunity and microbe diversity and evolution. Questions stimulating our research include:

We study disease in a diverse range of nearshore ecosystems in both temperate and tropical oceans focusing on marine invertebrates (e.g. oysters, corals & sea stars) and plants (eelgrass). We apply a broad range of both traditional and molecular techniques in both field and laboratory based experiments.

Large-scale sporadic mortalities of juvenile Pacific oysters, Crassostrea gigas have occurred in Tomales Bay, California for 20 years. The Ostreid herpesvirus 1 (OsHV-1) is the identified causative agent consistently associated with mortalities, with a confirmed infectious etiology. OsHV-1 is a global pathogen of bivalve molluscs, although detection in the United States is limited to Tomales Bay and nearby Drakes Bay. Sequence data indicate that multiple global variants of OsHV-1 exist, and the virus detected in Tomales Bay is not identical to any one variant. Elevated water temperatures are consistently associated with oyster mortalities in Tomales Bay, and may trigger viral replication and/or transmission of OsHV-1 to naïve juvenile oysters. Survival of young Pacific oysters in Tomales Bay is dependent on outplant time, size, and oyster stock indicating genetic improvement and development of biomarkers for improved survival of Pacific oysters infected with OsHV-1 is possible. Since 2008, an economically devastating increase in C. gigas mortality in France has been associated with a new genetic variant OsHV-1 µvar, which is lethal to all life history stages. OsHV-1 µvar continues to spread in Europe and a similar variant causes losses in Australia, New Zealand, and Asia. OsHV-1 µvar’s ability to kill seed and adults heightens concern over this variant relative to its progenitor, OsHV-1, which is lethal to larvae and seed only. Recent studies demonstrated the ability to select for resistance to OsHV-1 and we are interested in selection of resistance to both OsHV-1 µvars and their progenitor. Our research on OsHV-1 is currently focused on development of biomarkers for disease resistance to OsHV-1 and OsHV-1 µvars. We are also interested in providing tools and solutions for the US shellfish industry to be prepared for spread of OsHV-1 and the OsHV-1 microvariants. 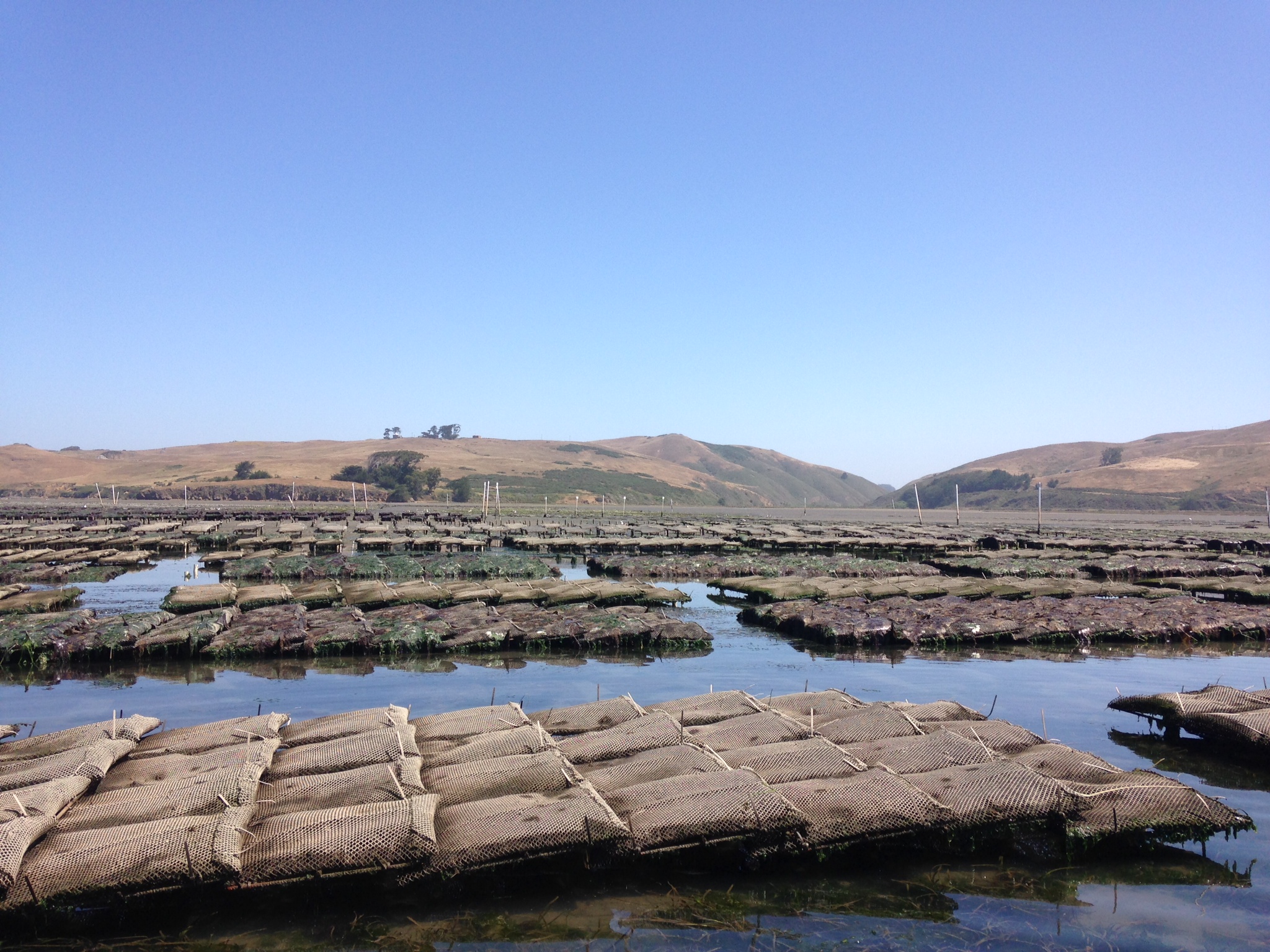 Seagrasses are important ecosystem engineers providing ecosystem services, such as key nutrients and habitat structure to economically and ecologically valuable species of marine invertebrates and fishes. Unfortunately, populations of seagrasses are rapidly declining around the globe. One potential cause of seagrass population declines is wasting disease which is caused by opportunistic pathogens in the genus Labyrinthula though the role in global seagrass declines needs further clarification. We are working with seagrass wasting disease in the eelgrass, Zostera marina in the San Juan Islands, Washington state. Labyrinthula infection is common in seagrasses (considered opportunists or saprophytes), though our research indicates strain may be important in development of wasting disease in Z. marina. Using L. zostera, the etiological agent of wasting disease, and Zostera marina as a model system, we're working towards identifying risk factors and investigating immune responses to infection. Understanding how environmental changes alter the host-microbe relationship is an important first step towards mitigation and management efforts of marine diseases. We are also interested in the potential use of Z. marina to mitigate effects of ocean acidification on marine bivalves. 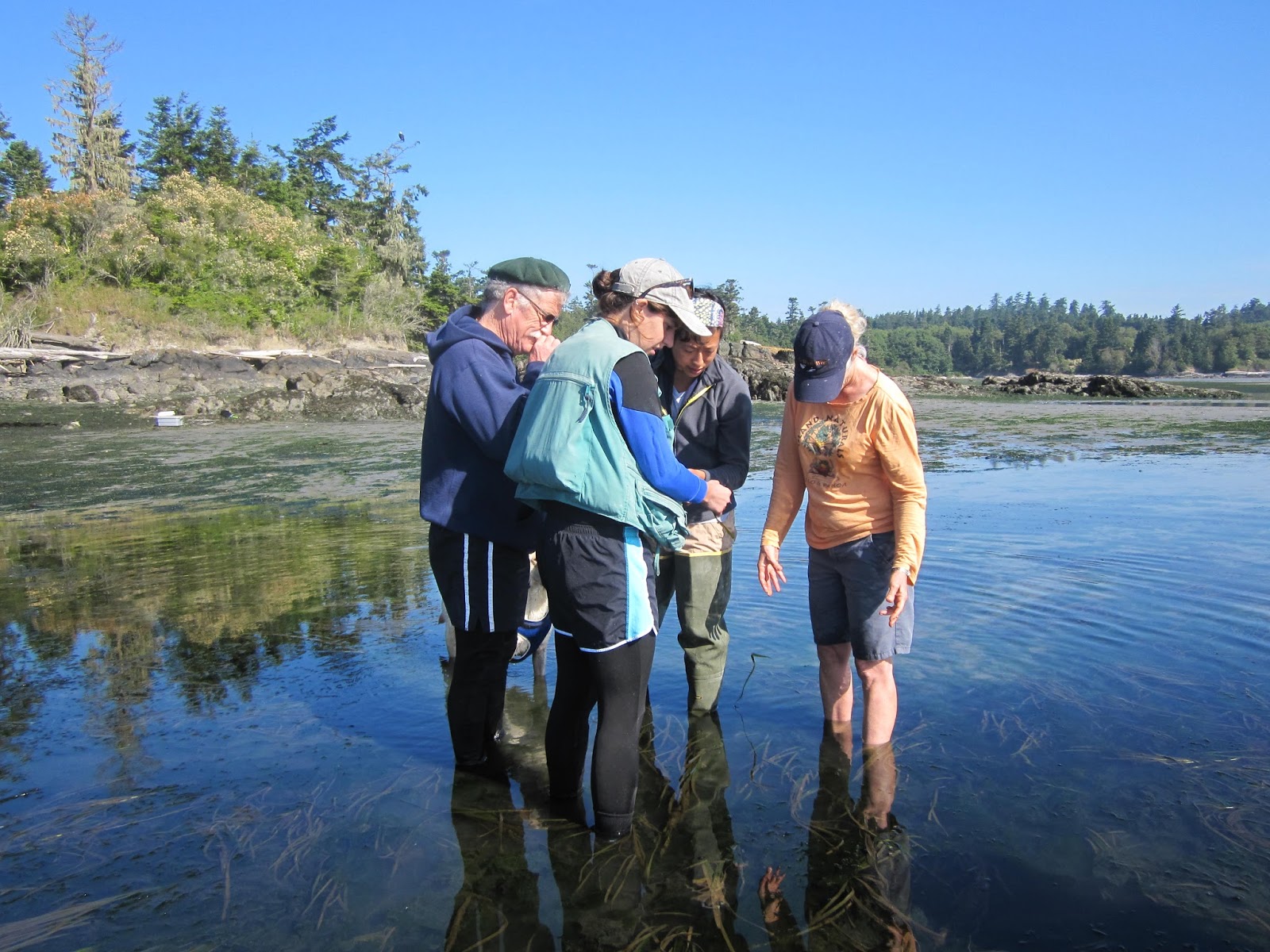 Coral reefs provide the structural backbone to house the highest biodiversity in the ocean, providing valuable goods and services (e.g. fisheries, tourism, and medicine), and physically protecting shorelines from storms. Reef structures are created through a symbiosis between the coral animal and its dinoflagellate endosymbionts, primarily of the genus Symbiodinium, providing fixed carbon to the host to aid in deposition of the coral skeleton. Collectively, the coral animal and its associated symbionts: the host associated microbiota (associated with host mucus, tissue, skeleton, and Symbiodinium species), and intracellular algal symbionts, are known as the ‘coral holobiont’. Destruction of coral reefs is rapidly occurring and is caused (but not limited to) direct and indirect affects of climate change, disease, nutrient loading, direct destruction, and sedimentation. Currently, we are interested broadly in the role of the holobiont in both coral health and disease. We are also interested in environmental drivers (such as temperature or ocean acidification) of both infectious and non-infectious (e.g. coral bleaching) coral disease and the role of microbes in resilience of coral reefs.

Colleen began studying corals as a postdoctoral research associate in the Harvell lab at Cornell University using  Gorgonia ventalina (pictured right) as a model for studying coral disease and immunity in a changing ocean. Colleen continues to collaborate on projects related to sea fan health and immunity.

Additionally, we are collaborating with Rusty Day at the National Institute of Standards and Technology as part of the IMET-NIST postdoctoral program. The project is focused on coral health, specifically how water quality (i.e. ocean acidification and other stressors) affects both coral calcification and the holobiont diversity and function. 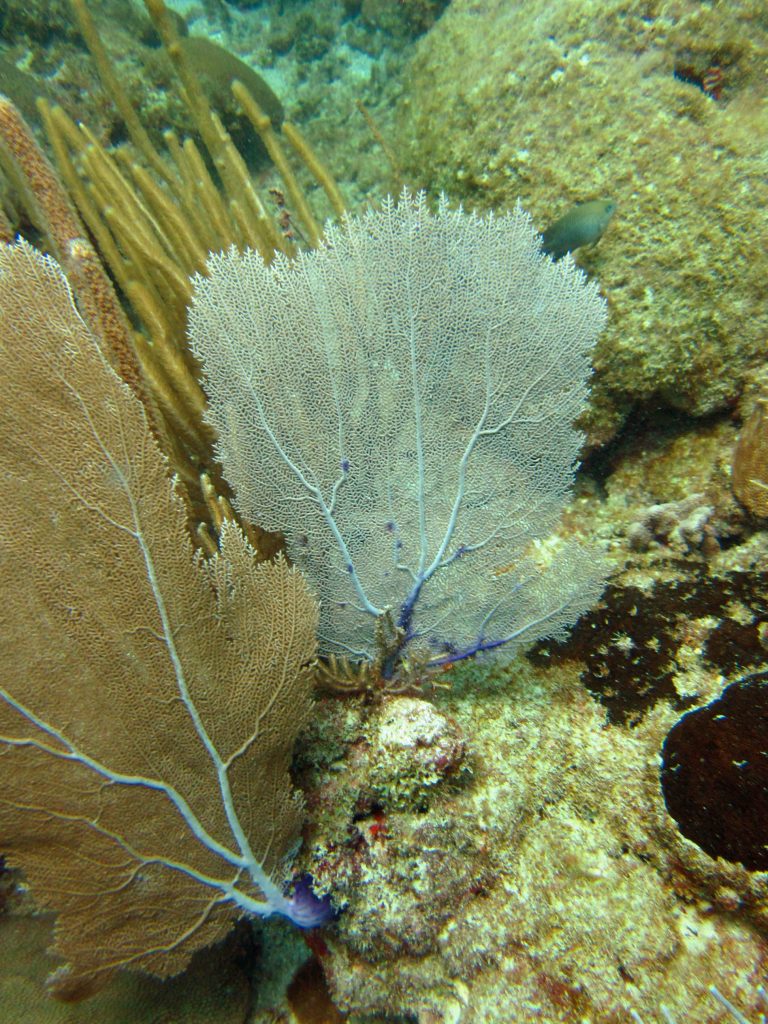