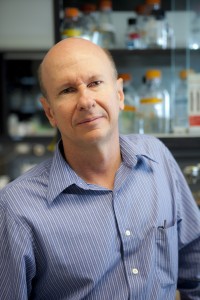 The major focus of research in my laboratory is the investigation of symbiotic bacteria associated with marine invertebrates, in particular, sponges. Sponges provide an excellent model system for understanding evolution of complex symbiotic interactions. The role of symbiotic bacteria in nitrogen and phosphorus cycling in sponges is under investigation. Signaling compounds produced by sponge-associated bacteria are being investigated with our collaborator Dr. Clay Fuqua at Indiana University.

Many important compounds with pharmaceutical potential have been discovered in sponges and other invertebrates. In some cases, the compounds of interest are produced, not by the sponges themselves, but by bacteria associated with the sponges. We are identifying many of the bacteria present in sponges even if we cannot grow them, by cloning the genes encoding the 16S ribosomal RNA from these sponges. We can then rationally select culture conditions to be able to grow a higher proportion of the bacteria and, hopefully, find the ones that produce important compounds. These projects are in collaboration with Dr. Mark Hamann at the School of Pharmacy, University of Mississippi.  We also have research projects in the important first stage of the drug discovery process, focusing on discovery of unusual marine bacteria, in particular actinomycetes, that have a high potential of producing novel products.

A new research area in my laboratory, in collaboration with colleagues Feng Chen, Yantao Li and Al Place at IMET, is production of biofuels and other useful compounds by marine microalgae.  My laboratory is studying the role of symbiotic bacteria that improve the growth and stability of microalgal cultures, and the use of bacteria to aggregate microalgae for efficient harvesting. We are exploring the use of microalgae to sequester CO2 from power plant flue gas emissions in collaboration with Maryland start-up biotech company Hy-Tek Bio.